Leading Winemakers of the East End

leading WineMakers of the East End

A Panel Discussion with

Amy Zavatto, Director of the Long Island Merlot Alliance, will moderate a panel of leading East End winemakers to discuss the ever changing nature of one of the country’s most important wine regions.  After the talk, there will be a tasting of wines from Wolffer, Macari, and Paumanok in the courtyard.

In 1992, Roman became the first winemaker at Wölffer Estate Vineyard. He established the estate’s distinctive character—European elegance combined with the typicity of Long Island terroir. And he has dedicated himself to promoting not only the wines of Wölffer Estate, but of Long Island, where he has consulted with numerous vineyards

The Macari winemaking team is led by Head Winemaker Kelly Urbanik Koch from St. Helena, California. Kelly received a Bachelor of Science degree from University of California, Davis in Viticulture and Enology with a minor in French. She has worked at a number of prestigious wineries including Beringer in California and Maison Louis Jadot in France.  After moving to Long Island in 2006, Kelly has been honored with many winemaking awards and recognitions.

Kareem has been actively involved in his family’s wine making business since its inception, and he has been working full time at Paumanok for the last 19 years. Kareem is a second generation winemaker, having learned the trade under his father’s tutelage.  His international travels to South Africa, Germany, France, New Zealand and Chile have given him a wide range of experience in the art of wine making.

Amy is the Director of the Long Island Merlot Alliance. She also has spent the last two decades writing about wine and spirits for Wine Enthusiast, Imbibe, Sommelier Journal,Whisky Advocate, Brides, Wynn magazine, and many others. Amy is the author of several books, including The Renaissance Guide to Wine & Food Pairing, Forager’s Cocktails: Botanical Mixology with Fresh, Natural Ingredients, and The Architecture of the Cocktail. She has visited vineyards and distilleries everywhere from Baiting Hollow to Bordeaux, Mendoza to Mendocino, Scotland to Sancerre, but is never happier than when she’s back home in Eastern Long Island.

The State of Our Town

THE STATE OF OUR town 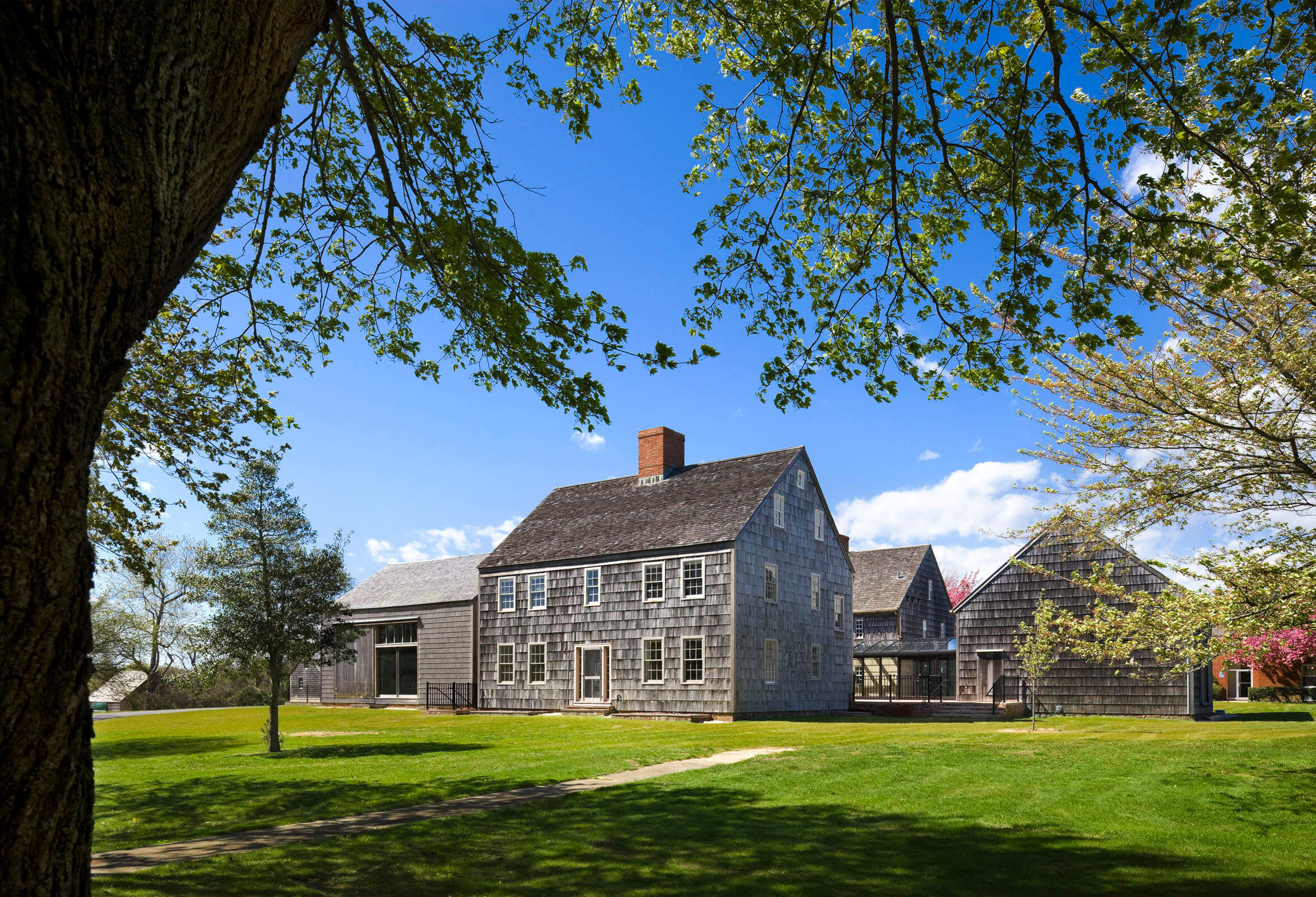 After three decades as the East Hampton Village administrator, Larry Cantwell is now in the second year of his second and final term as East Hampton Town Supervisor.  A lifelong resident of East Hampton, Larry serves as the town’s chief operating and fiscal officer and has brought true leadership and consensus building back to town hall.

A Panel Discussion with 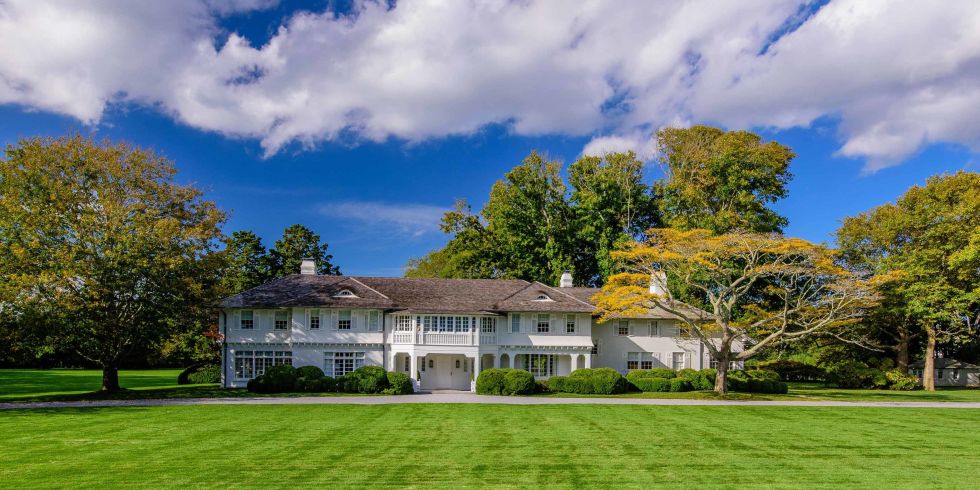 Jim Oxnam will moderate a panel discussion comprised of three leading real estate brokers who will look back at the last 20 years and the explosion of home and land prices on the South Fork, look sideways at the health of the current market, and look forward to what the future is likely to bring. Each will then comment on what younger and older buyers want today, the booming market for tear downs in prime locations, and offer several helpful hints if you are thinking of listing your house for sale of rent.

John recently joined Compass following a 20+ year career at Sotheby’s International Realty.  As an agent, John ranked in the top 3% of all Sotheby’s agents nationwide.  John currently serves on the New York board of directors of buildOn, a non-profit that empowers youth through service and education to break the cycle of poverty, illiteracy and low expectations.  John worked in private banking and on Wall Street prior to moving full time to the East End in 1995.

With 25 years experience in the South Fork market, Diane was a weekender who found her away into a real estate career. Now with her own team at Saunders and Associates, she has worked at both small (Devlin McNiff) and large (Corcoran) firms. Diane is a regular and insightful commentator on marketplace trends.

As President of Brown Harris Stevens of the Hamptons, Peter oversees 7 offices and 150 brokers on the North and South Forks. With 25 years experience, he is involved with many of the largest transactions on the East End. He is past President of the Hamptons and North Fork Realtors Association and a recipient of their Realtor of the Year Award in 2001 and 2007.

From Big House to Bad House – How Authenticity Lost Its Way

From Big House to Bad House – How Authenticity lost its way 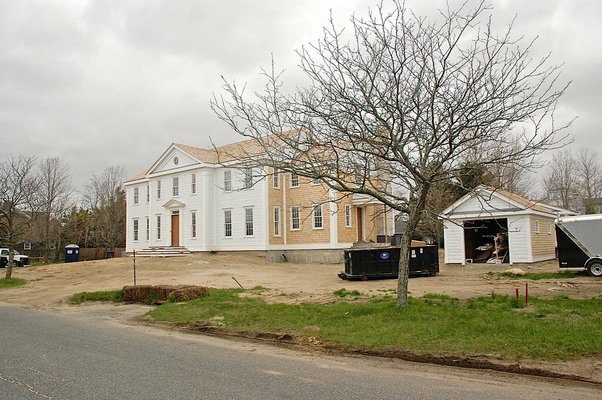 Does size really matter when it comes to large house syndrome?  Architect Anne Surchin will talk about other overlooked factors that continue to delegitimize the acceptability of the large home as part of the built environment.

Anne is an East End architect specializing in new residences, renovations/additions,  historically correct restorations, and  preservation consulting. She has been practicing architect on the North and South Forks for over 30 years. Anne is Vice Chair of the Southold Landmark Preservation Commission, the co-author of two editions of  “Houses of the Hamptons 1880-1930” with Gary Lawrance, and  the architecture critic for the Southampton Press.

Co-spons0red by The Friends of Georgica Pond Foundation 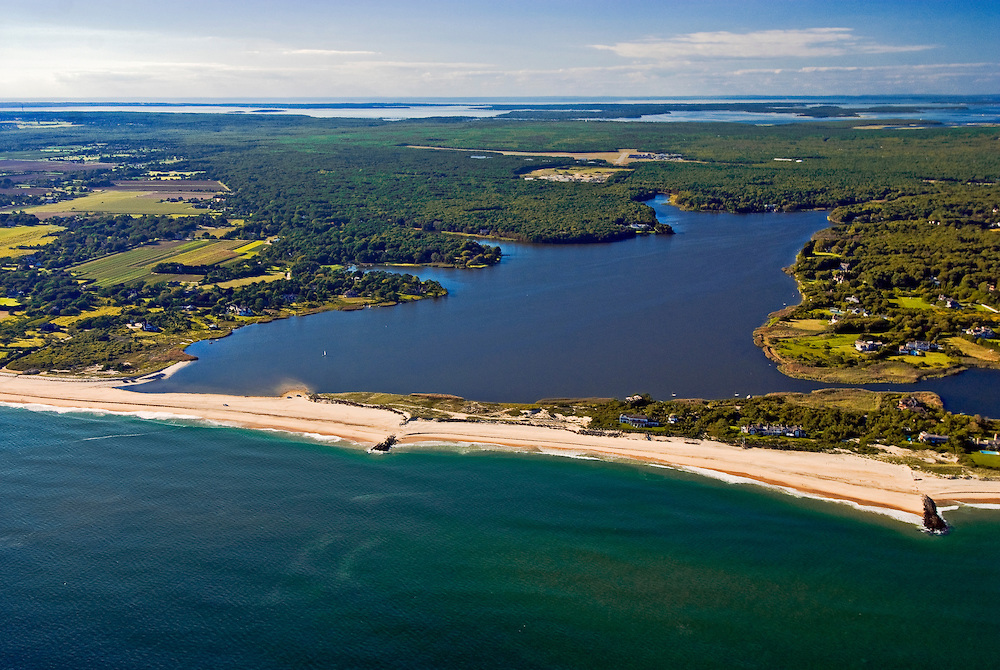 Long Island’s groundwater is a hot topic these days, but do we really understand the how, why and where of it?  Our precious drinking water is highly threatened.  Learn about the current water quality issues and what can be done to manage this looming environmental challenge.

Sarah is a water specialist with a background in groundwater protection, water resources management, and environmental law. She is currently an Associate Professor at New York Institute of Technology.  Sarah has worked in New York State government,  and was the Watershed Director for the Suffolk County Water Authority.  She sits on a variety of advisory committees at the state and local level and is the author of numerous articles on water related topics. Ms. Meyland holds Bachelors degrees in English, Geological Oceanography, and Marine Biology;  a Masters in Water Resources Management;  and a law degree.

Protecting Our Water Starts in Your Backyard

Protecting our water starts in your backyard

Co-spons0red by The Friends of Georgica Pond Foundation 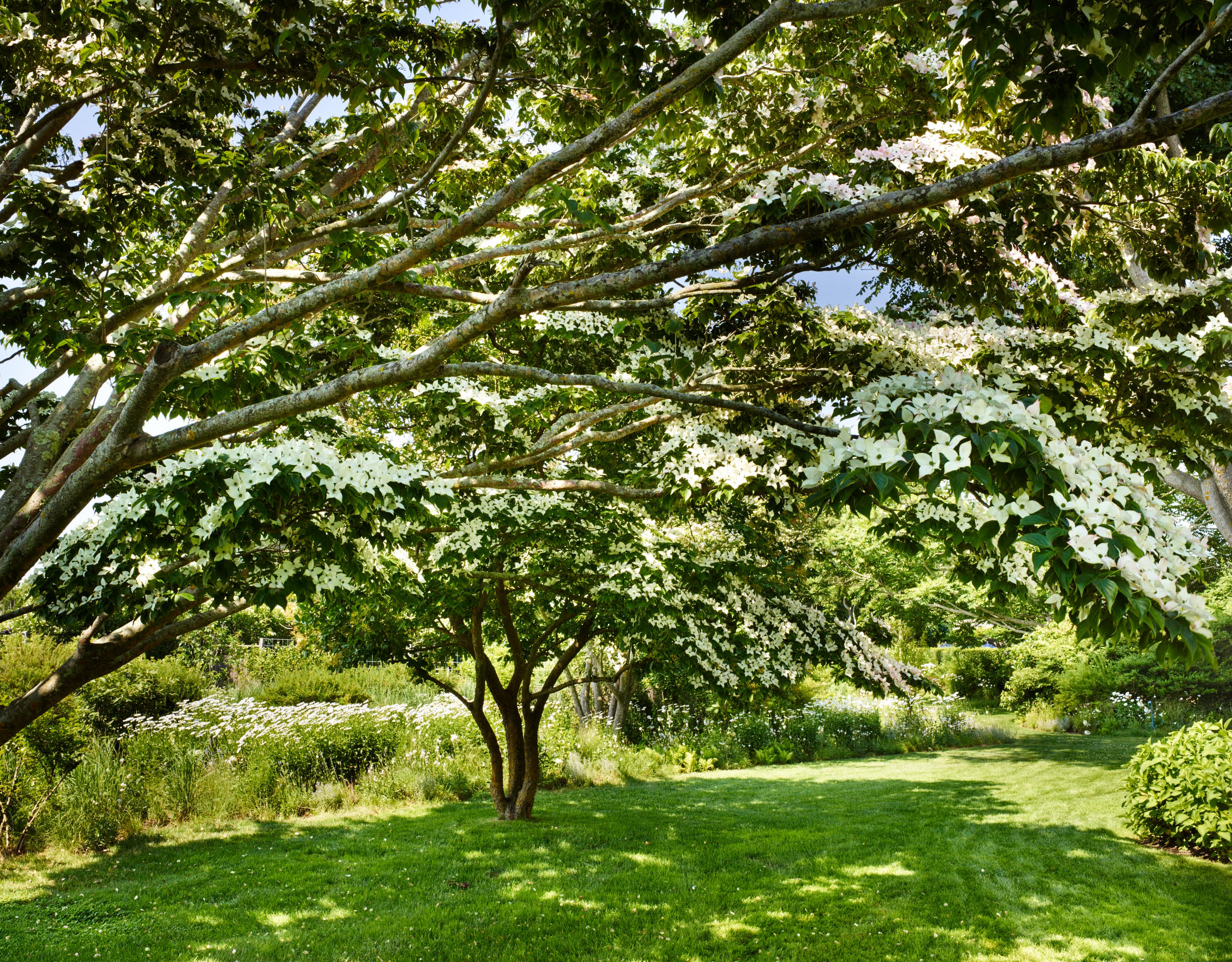 Toxic, synthetic lawn and landscape chemicals pollute our local waterways, endanger wildlife, and are linked to a range of serious health problems in humans and pets. It is a persistent myth that they are essential to a “perfect” lawn and landscape. In this informative lecture, landscape designer and Perfect Earth Project Founder/President Edwina von Gal will explain why and how to manage your beautiful lawn and garden without synthetic fertilizers and pesticides and what the Perfect Earth Project is doing to make communities everywhere safe and PRFCT (managed without toxic chemicals).

Principal of her eponymous landscape design firm since 1984, Edwina von Gal creates landscapes with a focus on simplicity and sustainability for private and public clients around the world. She has collaborated with architects such as Frank Gehry, Annabelle Selldorf, and Richard Meier, and her work has been published in many major publications. In 2013, Edwina founded the Perfect Earth Project, a nonprofit organization dedicated to raising consciousness about the dangers of toxic lawn and garden chemicals for people, their pets, and the planet. Perfect Earth Project educates homeowners and professionals in nature-based landscape management techniques that provide beautiful, safe results at no extra cost. 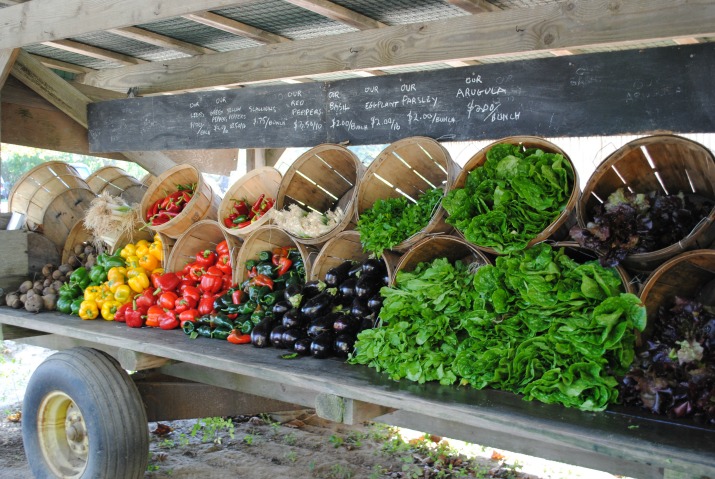 This conversation explores the symbiotic relationship between a premier prepared food take out store and a neighboring farm stand.  Knowing the source of your ingredients drives this close relationship between the the farmer (Jennifer), the cook (Sybille), and the ultimate consumer (us).  In addition, Sybille and Jennifer will discuss how they deal with the problem of food waste.

A native of Pittsburgh, Jennifer moved to Long Island for a job after college , met her husband Jim, quit her job, got married, became a farmer, and 19 years later they run one of the South Fork’s most iconic farm stands on Main Street in Sagaponack. 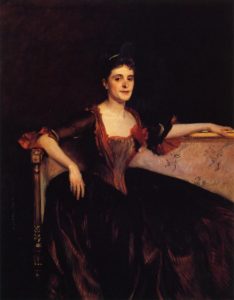 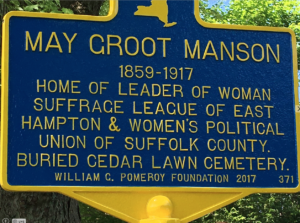 To celebrate the November 2017 one hundredth anniversary of the granting of the vote to the women of New York State, author Antonia Petrash will discuss  the suffrage movement on Long Island and Arlene Hinkemeyer will focus on the suffragists of the East End, including Mrs. Thomas L. (May Groot) Manson of Main Street, East Hampton. Her  John Singer Sargent portrait is at left. Check out our suffrage exhibition in the Tom Twomey Gallery and the multimedia work of the Library’s young adult team as they bring the local women’s suffrage story of a century ago to life.

This event is co-sponsored by the League of Women Voters of the  Hamptons, the Town of East Hampton, and Hugh King, East Hampton Town Crier and Village Historian.

Antonia is author of Long Island and the Woman Suffrage Movement and president and founder of the Long Island Woman Suffrage Association, Inc.  The retired director of the Glen Cove Public Library, she is also the author of three other books about women’s history and continues to lecture and write about the woman suffrage movement at libraries, historical societies and schools.

Arlene is an historian and a publicist who has worked for publishing companies in Chicago and New York, researching/writing history textbooks and has served as the historian of the Village of Plandome Heights, Manhasset, researching/writing that village history. She began researching the Suffragist leaders of the East End when members of the Hamptons League of Women Voters, dressed as suffragists, were preparing to march in East Hampton’s 350th anniversary parade in 1998.