IN DEDICATION TO TOM TWOMEY 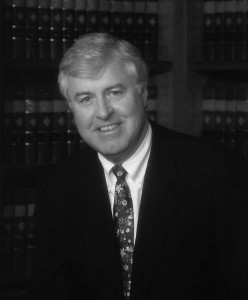 This lecture series was one of Tom’s last initiatives as Chairman of our Board. His goal was to have the library present an engaging annual lecture series on a broad base of topical issues. To ensure its success, he left a substantial bequest in his will to fund its promotion. He asked that one lecture each year focus on local history, which was one of his passions. His wife, Judith Hope, continues his generosity by funding the refreshments prior to each program

Tom joined the Board in 1995, becoming President in 1998 and Chairman in 2006. His dream was always the same – to make this small library one of the finest in America. He chaired the 1997 capital campaign, and navigated the construction of the much loved Children’s Wing and Baldwin Family Lecture Room. Both were completed just prior to his untimely passing in 2014.

With pride and affection, we dedicate this lecture series to the memory of Tom Twomey.