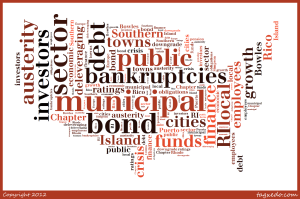 Richard Ravitch, whose efforts in Detroit’s fiscal rescue echoed his seminal role in saving New York City in 1975, joins Larry Cantwell, East Hampton’s Town Supervisor, to discuss the ins and outs of municipal finance and its critical role in the conduct of good village, town, and city government.

RICHARD RAVITCH is an American politician and businessman who served asLieutenant Governor of New York from 2009 to 2010. He was appointed to the position in July 2009 by New York Governor David Paterson. A native of New York City, he earned a law degree from Yale Law School and has worked in his family’s real estate development business, a number of government and government-appointed positions, including with the New York State Urban Development Corporation and Metropolitan Transportation Authority, and in private industry, including tenures as chairman of the Bowery Savings Bank and as the chief owner representative in labor negotiations for Major League Baseball. His most recent book is So Much To Do: A Full LIfe of Business, Politics and Confronting Fiscal Crises.

LARRY CANTWELL is the Supervisor of the Town of East Hampton, having taken office in January 2014. In his first year, he presided over a Town Board that preserved open space in every hamlet of Town, prioritized coastal resiliency planning and shoreline protection, established the ambitious goal of making East Hampton energy independent and upgraded infrastructure, among other achievements. As Chief Operating Officer and Chief Fiscal Officer, he also oversaw the continued improvement of the Town’s financial condition, including a credit rating upgrade. Previously, Mr. Cantwell served as the East Hampton Village Administrator for three decades. He has also served as a Town Councilman, helping start the Town’s first affordable housing program; and has also been a Town Planning Board member; Chairman of the Town Housing Authority; and a Governor’s appointee to the Atlantic States Marine Fisheries Commission.