The local history lecture of the Tom Twomey Lecture Series will be a walking tour of the historic Green River Cemetery in Springs, East Hampton, NY. The date is September 24, 2022 with a start time of 2pm.

Leading the tour will be two resident experts, Helen Harrison, the Director of the Pollock-Krasner House &amp; Studio and Hugh King, a local historian, the Town Crier, and the Historic Site Manager for the Village of East Hampton. The Green River Cemetery is known for the many graves of local Springs (aka Bonacker) families including Millers, Kings, Bennetts and Talmages. A significant representation of important artists spanning from the height of the abstract expressionist movement to today as well as many other people in the arts are also buried there. Graves including those of Jackson Pollock, Lee Krasner, Alfonso Ossorio, Ad Reinhardt, Jimmy Ernst and Elaine de Kooning will be visited.

Registrants are asked to wear comfortable shoes, the walk will take approximately two hours and registration with the library is required. The event is free.

The tour is limited to 25 people who are asked to meet at the cemetery entrance at 787 Accabonac Road. 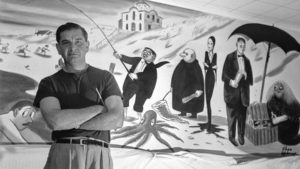 Cartoonist Charles “Chas” Addams (1912-1988) was known for his darkly humorous and eccentric characters. The creator of “The Addams Family,” his work appeared frequently in The New Yorker from the mid 1930s through the 1980s, inspiring television and film spin-offs. H. Kevin Miserocchi, Director of the Sagaponack-based Tee & Charles Addams Foundation—and a close friend of Addams and his wife Tee—leads this visual presentation of Addams’ work and life, featuring photos of the artist and his residence. 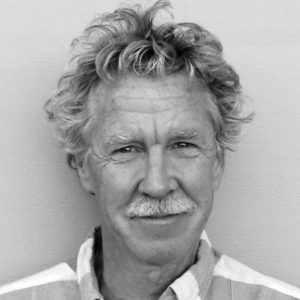 H. Kevin Miserocchi  |  As executive director of the Tee and Charles Addams Foundation, H. Kevin Miserocchi oversees its mission to educate the public about the oeuvre of Charles Addams through worldwide exhibition of his art, as well as by means of educational programs and publications in maintenance of the intellectual properties associated with his work that the Foundation wholly possesses. He lives within and actively oversees the Addams estate in Sagaponack that was deeded to the Foundation to be managed as a tribute to his art and as a wildlife preserve. 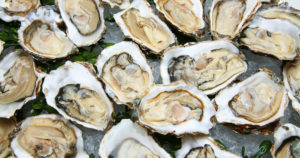 Oysters are legendary for many reasons. Learn how they filter and purify millions of gallons of water, delight our palates and-—the real truth on their oft-mentioned properties as aphrodisiacs. Meet these experts who are leading the way to grow and promote the East End oyster industry while also promoting the restoration of our water quality. East Hampton’s volunteer individual oyster farming program will also be discussed.

Reception to follow in the Library’s outdoor courtyard with complimentary oysters on the half shell and craft beer from Montauk Brewing Company.

Barley Dunne  | Barley holds a Master’s degree in Fisheries and Aquaculture from Auburn University. He worked with the Town of Islip Shellfish Culture Facility then joined the East Hampton Shellfish Hatchery in 2004, becoming Director in 2011. He assists the non-profit Conscience Point Shellfish Company and is ex-officio member of a new non-profit, South Fork Sea Farmers, which aims to educate and raise awareness of the importance of sustainable aquaculture and inspire constructive action programs.

Adam Younes  | Adam is an owner of Promised Land Mariculture Co.  Established in 2016, Promised Land Mariculture is a family owned and operated farm in East Hampton,  producing Lazy Point Oysters. “We started the company to produce the most sustainable marine protein on earth. As one of the most eastern farms on Long Island, we receive a constant tidal flow of clean, crisp oceanic water that creates a dynamic taste and deep cups.” 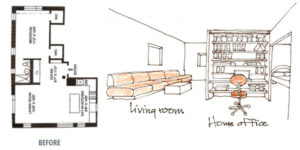 Every home has “space opportunities”—untapped areas that can be expanded for storage and organizational purposes. In this talk, internationally known architect Roberta Sandenbergh (author of Small Space Living) will show us how to create more space-efficient and attractive areas in our homes, whether a studio apartment, a tiny home, or a larger home that needs more of a cozy feel. Learn from the author’s stories of her own designs for “small-by-choice” homes—for herself and for her clients—in which she made the best possible use of varied living spaces. Local realtor Jane Dillon will speak about the market for small village houses and her recent renovation of one of the most iconic ones. The lecture will be followed by a tour of three recently renovated small East Hampton village homes.

Roberta Sandenbergh  | Roberta Sandenbergh is a Brooklyn-born architect who spent most of her professional life in South Africa, where her architect husband was born. In South Africa, Roberta used the small space ideas she learned in New York to carve out a career in small-scale residential design. Her many illustrated columns on space-saving ideas have appeared in SA City Life and Home Handyman magazines, as well as the Johannesburg Star, Washington Post and San Francisco Chronicle. Roberta studied at Vassar College, graduated from Pratt Institute’s School of Architecture, and also studied for a Masters in Urban Design at Witwatersrand University in Johannesburg.

Jane Dillon  |  Jane Dillon has resided in East Hampton since 1987 and has been a real estate broker since that time, primarily with Sotheby’s International Realty. She has purchased and owned several East End houses, renovating each one. She recently purchased an iconic small house near the railroad station and is currently renovating it.

At Home with the Wiborgs: The Family and their Fabled Estate

At Home with the Wiborgs:

The Family and their Fabled Estate 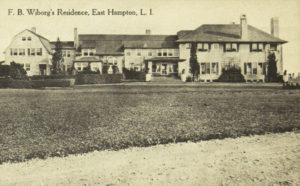 In the early decades of the 20th century, no summer colony cottage loomed larger on the East Hampton horizon than the Dunes, Frank Wiborg’s now lost and forgotten estate. Architect and writer Anne Surchin traces the history of the 82-acre property, and Daniel Cohen reveals his original research on the family and their summer home, pulled from the attic of the old chauffeur’s quarters days before its demolition in 2012.

Anne Surchin  |  Anne is an East End architect specializing in new residences, renovations/additions, historically correct restorations, and preservation consulting. She has been a practicing architect on the North and South Forks for over 30 years. Anne is Vice Chair of the Southold Historic Preservation Commission, the co-author of two editions of  “Houses of the Hamptons 1880-1930” with Gary Lawrance, and the architecture critic for the Southampton Press.

Daniel Cohen  |  After graduating from Columbia Law School, Dan devoted himself to a career in public service; first in housing and then in health. After retiring as Deputy Counsel/Acting General Counsel for the NYC Health and Hospitals Corporation, he and his wife moved full time to their weekend home in East Hampton. He serves as the President of the Settlers Landing Property Owners Assoc., co-chairs the East Hampton/Sag Harbor Citizens Advisory Committee, and worked with the Peconic division of Habitat for Humanity, and on the East Hampton Trails Preservation Society. 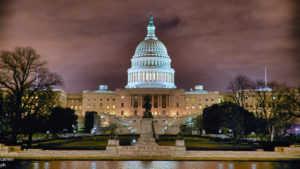 Join us for a lively discussion with the renowned husband-and-wife power duo of Rita Braver and Bob Barnett. The two will switch places, with Barnett asking the questions of Braver, as they share their insiders’ view of what’s really happening behind-the-scenes in the nation’s capital! Rita Braver is a National Correspondent for CBS News’ Sunday Morning, where she reports on everything from arts and culture to politics and foreign policy. Influential attorney Robert Barnett is a senior partner at the D.C. law firm Williams & Connolly, whose clients have included Barack Obama, Bill Clinton, and George W. Bush.

Rita Braver  |  The winner of 9 national Emmy Awards, Rita Braver grew up at CBS News, joining the Washington Bureau in 1972 as a news desk editor. She spent a decade as CBS News Chief Law Correspondent (1983-93) reporting for the CBS Evening News, the CBS Morning News, 48 Hours, Street Stories and Public Eye. She served as CBS’s chief White House correspondent during Bill Clinton’s first term, and since 1998 has been chief national correspondent for Sunday Morning. Her assignments include a wide variety of topics, from meeting off-beat characters to discerning national trends to interviewing presidents, cabinet secretaries and many celebrities.

Robert B. Barnett  |  Bob Barnett has a diverse practice representing national and international corporations and individuals on a wide variety of matters. Bob represents major corporations in litigation matters, corporate work, contracts, crisis management, transactions, government relations, and media relations. During his thirty years of practice, he has represented clients before almost every executive department and administrative agency in Washington. Bob is also one of the premier authors’ representatives in the world, a leading representative of television news correspondents and producers, and represents former government officials in conjunction with their transitions to the private sector.

A Panel Discussion with: 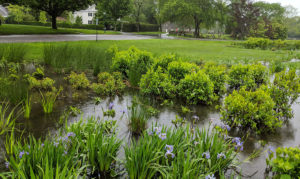 Our village greens were sacred until it was discovered that high bacterial counts were entering our near-shore waters via their drainage systems. By transforming those drainage systems into life-giving, beautifully constructed wetlands, they can now filter contaminants before the water enters our precious ponds and bays. Learn about the highly successful bioswale at the Town Pond and exciting new plans for one at the Methodist Green.

Tony Piazza  |  After formal design education at Cornell University, Tony became a horticulturist and formed the Southampton-based Piazza Horticultural Group in 1998. He serves on the Longhouse Garden committee and the Parrish Art Museum Landscape Committee, and is the designer of the award-winning East Hampton Village green Bioswale project. 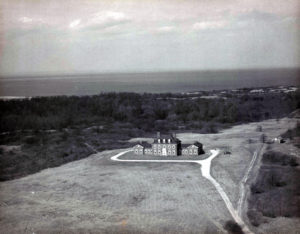 No family has dominated the history of East Hampton more than the multiple generations of the Gardiner family. For over three centuries they have been at the epicenter of this community. Their legacy today is easily seen in their extraordinary real estate holdings, many of which define Main Street and beyond. Gardiner’s Island, the longest family held estate in America, continues as their private compound. The Winthrop Gardiner estate at 95 Main Street, now home to the LVIS, was once an expansive in-town compound in its own right. Join us for an illustrated look at both iconic Gardiner family properties.

RICHARD BARONS is the senior curator and former executive director of the East Hampton Historical Society. 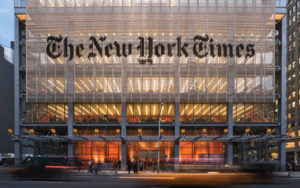 Life Lessons and the Economic Outlook 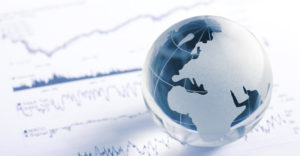 Renowned prognosticator Byron Wien, US strategist at Morgan Stanley for 21 years and senior adviser to Blackstone Group, has been one of Wall Street’s most influential strategists for decades. In this talk, he’ll share his wisdom in the form of life lessons and will touch on his annual “TenSurprises” list, citing his economic, financial market, and political predictions. Interviewed by Ron Baron, founder of Baron Capital Management, this is sure to be an insightful hour, spent in the company of two of the country’s most well known investment gurus.

BYRON WIEN Chief  US strategist at Morgan Stanley for 21 years, Byron Wien has spent the last nine years in a parallel role at the Blackstone Group.  As a renowned Wall Street observer and economic commentator,  his market views have been widely followed for decades, as have his year-ahead predictions and thoughts on life lessons.

RON BARON is an American mutual fund manager and investor. He is the founder of Baron Capital, a New York City-based investment firm that manages the Baron Funds, which he also founded.